You could see a full Roman house on your screen, with all of its rooms, and move its figure to see all of its views. You could also watch yourself dressed as a Roman centurion, with all the drapery following your movements. It’s no longer science fiction; if you have the right tools, it’s a very real possibility.

So, we went to see David Fayerman, who is very interested in how new technologies can be used in education, to find out which devices can be used and what companies, institutions, and publishers in Spain are doing with them. We were met at inMediaStudio, where all of these tools are on display, and he invited us to learn about them and use them. Here’s what happened to us:

Even though virtual reality was created for the video game industry, it has a lot of potential in education and training because it is so immersive (it gives way to immersive learning). It lets you enter a 360o video or a 3D immersive environment that was shot or made. “It has already been shown to be very useful for teaching languages, among other things. Collaboration environments are getting better, and soon we’ll be able to connect with many students in the same virtual space “, David says.

Immersive learning is used in the Immersive Worlds project, which was made by inMediaStudio. Here, students can learn about marine biology by being immersed in the environment of the seabed. The teacher uses a tablet to turn on scenarios that the students will see through virtual reality glasses. “There are no books because everything is shown in other ways. When the teacher uses a tablet, she can see who is looking at what is on the screen. You can ask them to look at the animals and tell you which ones are vertebrates and which ones are not. At the end of the activity, the teacher will know who has seen it, who is wrong, and who hasn’t seen it “.

“We have a number of educational virtual reality experiences,” David tells us. This is another great way to teach that uses a pair of virtual reality glasses. This time, they are the Oculus Rift. Here, we get a better feel for the temple of Luxor so we can learn more about it. We think it would be a good test if the student had to go into the monument and name its architectural features right there. The teacher can see all information about how the students are doing in real time.

David says, “Then we have this prototype, which we call “Tele Transport Booth.” “It not only takes you to different virtual reality settings, but it also gives off heat or cold, making each experience feel very real. Also, it gives off smells. If you’re at a buffet and someone brings you coffee, you can smell it “.

A kid with hyperactivity disorder was in school the other day, and he was having trouble learning the multiplication table. He had come up with his own way to focus and learn.

We have thousands of 3D objects that help training in a pretty big way. We show a 3D object on a screen and have a device called Leap Motion that uses Motion Capture technology to track hand movements and move the things we see. It can be used in a gallery, in the classroom, or… So, this is a Roman house, and you’re talking about how Rome and Roman houses were. It has parts that teach. When you point to a room, like the store, the system tells you where you are. It’s another way to show content with the help of technology and the power of images.

The Aula Virtual Santillana product was made by inMediaStudio. “This is a place where teachers and students can access an incloud environment where they can send, create, and send homework, look at statistics, and study digital books. The use of these platforms is starting to show a big difference between how classes were run in the past and how they are run now “.

“There are new technologies, like an NFC reader and any “card” with the content you want on it, that help us connect digital content with physical content that can be sold not just online, but in bookstores, malls, and other places.”

David says, “We work with technology, but we never stop saying that content is king. If you don’t have good content, you can’t learn even if you use the latest technology.” We’ve always worked hard to change the content of others so that they could sell it on the market. We don’t have experts who know how to make content, but we do have experts who know how to move content to a digital environment.

“Over the past five years, Santillana has made a lot of progress on its strategy for digital content. We worked together to make books, as well as the activities and resources on them.

“Digital books should be read on digital devices” (tablets, computers, whiteboards…). The structure is made so that these kinds of devices can use it well. Now, a student can read and, at the same time, do an activity, watch a video, or analyze a plan without leaving the digital book.

Feedback and Keeping an Eye

“In education, I think it’s more interesting to know what content is meeting the educational goals.

“All a student does is leave a mark. The teacher knows what the student sees. Editors can see what works and what doesn’t in content. This information is very valuable to publishers and companies that make content because it lets them give more and more content to our students to meet the huge demand for what they were made for: teaching and making knowledge.”

How Can Augmented Reality Help Teachers in Education? 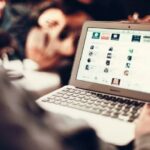 9 Benefits Of eLearning For Students 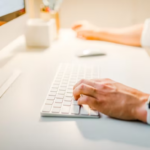 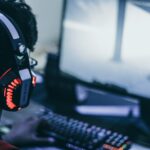 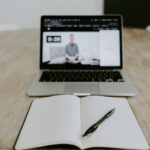 What Do Students Want From Online Courses